Another key water source for South Australia is the sea. Across the state we operate ten desalination plants – two of them treat seawater: one at Lonsdale in Adelaide and the other at Penneshaw on Kangaroo Island.

A third plant is being developed south of Port Lincoln at Sleaford Bay to help service the water needs of the Eyre Peninsula, and to support future population growth on Kangaroo Island we are working towards a new desalination plant at Penneshaw.

The other eight desalination plants provide safe, clean drinking water to remote Aboriginal communities in South Australia and the people of Hawker and Leigh Creek in the Flinders Ranges, by treating saline groundwater.

This helps to future proof our water supply of safe, clean drinking water in times of drought by providing water that is climate-independent. And it takes pressure from groundwater, surface water and River Murray supplies.

Protecting the environment and the Gulf of St Vincent

Sustainable design principles have reduced the impact of our facilities – the Adelaide Desalination Plant has one of the smallest carbon footprints of any plant in the world and the independent Environmental Protection Authority confirms operations of the plant do not cause harm to the environment.

Some of the ways we achieve this is by:

We also work together with government and community groups in helping protect the Gulf St Vincent.

The Adelaide Desalination Plant at Lonsdale is the state’s largest desalination plant with a capacity of 100 gigalitres per year. It is Adelaide’s only climate-independent source of drinking water and has been delivering drinking water since 2011.

Drinking water produced by the Adelaide Desalination Plant is pumped along our 11 kilometre pipeline to storage tanks at our Happy Valley Water Treatment Plant, where it’s blended with treated water from the reservoir. The interconnection of our network pipelines and pump stations gives us the capability to supply drinking water produced at the Adelaide Desalination Plant to people across Adelaide, from Aldinga in the south, right up to Elizabeth in the north.

We regularly host 90-minute tours where you can see the vast site by bus before heading inside to a viewing area in one of the main process buildings. Bookings are essential.

Map of suburbs supplied by the Adelaide Desalination Plant

List of suburbs supplied by the Adelaide Desalination Plant

In an agreement reached between the state and federal governments, the Commonwealth will meet the costs associated with the increased production of drinking water, freeing up the equivalent release from the River Murray to help drought-affected farmers.

The state and federal governments reached agreement to increase production at the plant to provide 40 gigalitres of water to 30 June 2020 with no adverse impact on flows to South Australia, water prices or Adelaide’s water security as well as a $10 million Drought Resilience Fund for farmers.

Through to 30 June 2020, the plant will produce 40 gigalitres of water, with an extra 60 in 2020-21 subject a review of its effectiveness, costs, water availability in the Basin, and the state’s water security.

*The Adelaide Desalination Plant is in standby mode during wetter months of the year, when customer demand is typically at its lowest. No water is produced during this period, enabling maintenance work to be done while the facility is in standby mode.

Since 1999, the Penneshaw desalination plant has been providing Kangaroo Island with a regular source of desalinated water. The plant can produce 400 kL of drinking water per day.

Work has commenced on a new desalination plant at Sleaford Bay, about 20 kilometres south of Port Lincoln. In consultation with community, including Traditional Owners, we are working to provide the 35,000 customers across the Eyre Peninsula with another, supplementary source of water, taking pressure from groundwater in the Uley South Basin and other groundwater systems.

Water quality
Reservoirs
Our commitment to you
Paying your bill 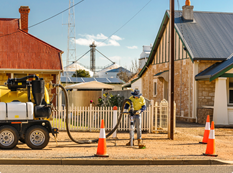 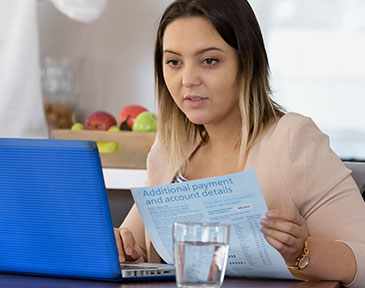 Your SA Water account contains some very important information. Here's how to get the most out of it